Branches in several states managed by one K2 information system

Scope of implementation of K2 in the firm SOS electronic

The K2 information system complies with a basic customer requirement - the unification of individual company administrative work into a single information system: data from stores, CRM system, purchase and sales, economics, evaluation and other admin. The data from four independent firms and their local accounting systems are synchronised in one place in K2. The information system K2 links the head office of SOS electronic s. r. o., with other branches which have all the documents adapted for the languages of the countries in which they work. All users from all countries are thus capable of working with the central warehouse in Košice. But of course the invoices and shipping notes are sent to customers in the local currency and local languages, i.e., in Czech, Slovak, Romanian, Hungarian and German.

Points of interest about implementation of the information system K2 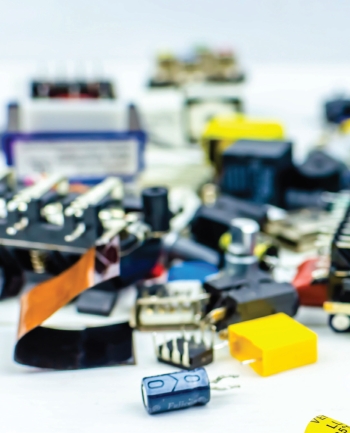 The company is capable of carrying out all the system changes that it requires either on its own or with our help, even those changes that no other software would allow.

We use IS K2 in virtually all countries. To expand on the old saying ‘There are as many cultures and languages as there are countries’, one could say ‘There are as many economic systems, tax burdens and legal systems as there are countries.’ Today we can proudly say that everything works as it should and without problems. Thanks to the K2 information system invoices and documents are sent out to all countries in the local language and local currencies, even though everything is managed from the central warehouse in Košice. I am convinced that we have chosen the right software , the right colleagues and fellow workers, because the K2 atmitec relationship is no longer a purely business one. Cooperation is now based on friendship and trust.

The company SOS electronic was founded in 1991. 22 years later, in 2013, it became a member of the international business group Conrad Group, with a history reaching back more than a century. Today it has 100 customers in more than 100 countries around the world and 220 thousand product cards, and it issues thousands of invoices every month. It operates its own B2B e-shop and supplies its goods to countries all around Europe.